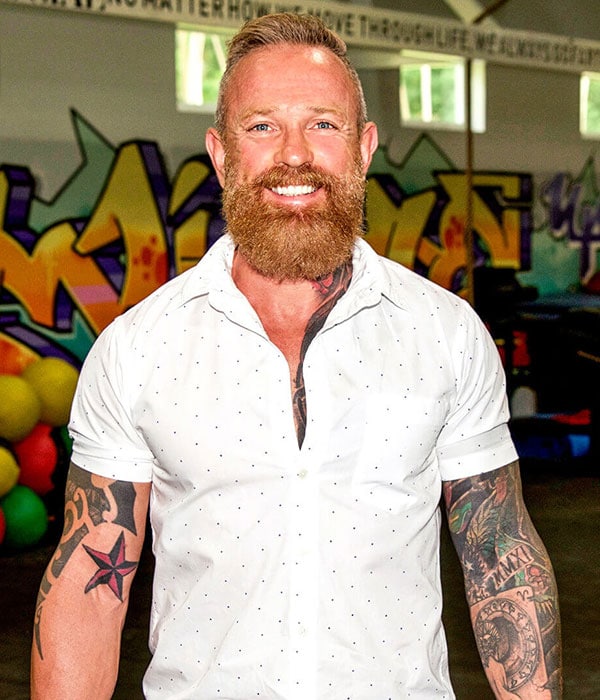 Mac McCulloch, or Iain as his mum calls him when he has been caught with his hand in the biscuit tin, has been a close friend of Rob Hallam’s for many years and comes from a very similar background within Specialist British Forces, followed by a number of years living and operating in hostile environments.

Mac spent 17 years in the British army, as one of her Majesties elite Airborne Forces, assuming roles such as Maritime Counter Terror search commander, High Risk search commander, and Bomb disposal operator to name but a few. During his final term in the forces, Mac set up a Landscaping and tree surgery business in the UK, which grew at an award-winning rate seeing Mac awarded businessman of the year in 2006.

Leaving the business in the UK to run itself on the model he created, Mac’s calling took him down the Humanitarian Bomb Disposal route on United Nations contracts, seeing service in: Nairobi, The Gaza Strip, the jungle and border regions of Uganda and the plains of Southern Sudan, all of which have some serious internal struggles going on. Macs prior experiences, combined with lessons learned as an isolated operator in lawless environments, have served as key elements to his abilities. This proven track record saw him return to Afghanistan, this time as a civilian, as the regional team lead/advisor to a United States Government contract within the hot spot of Jalalabad in the East of the country. Macs last place of work was as Rob’s right hand man for his business interests, in Iraq, delivering specialized services to the Gas and Oil industry.

Business in Iraq and their former military service together has formed a relationship which, one that maybe only Ex-Soldiers who have placed their lives in each other hands would fully appreciate, has ensured that the ethos and chosen direction of The Unit 27 Group will be taken to new heights without losing touch with the needs of our Troopers. Trust is absolute and belief in our joint objective is total.

Mac is no stranger to conducting business in foreign lands and brings with him an arsenal of new concepts and business models which will serve to bolster The Unit Group and take it forward in the manner it deserves with a focus towards delivering what we promise.